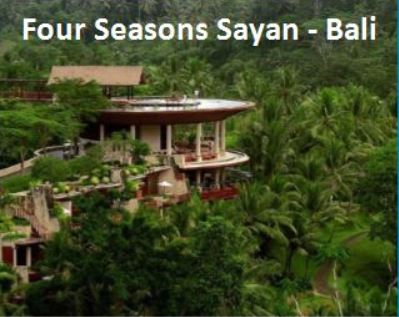 Condé Nast Traveler readers have spoken and continue to choose Four Seasons hotels and resorts as favorite places to stay around the world, including 40 properties on the 2014 Gold List, the most of any hotel brand. This accolade honors the world’s best places to stay as determined by the 2013 Reader’s Choice Survey conducted by the publication.

• American properties are reader favorites: 15 Four Seasons hotels and resorts in the United States are included in this year’s Gold List, including Four Seasons Resort and Residences Vail and Four Seasons Hotel Boston

• Asian expansion makes a mark: one of several recently opened properties in China, Four Seasons Hotel Beijing was included for the first time

Condé Nast Traveler’s annual Gold List identifies the best of the best, the gold standard of hotels, resorts, and cruise lines. Nearly 80,000 of the world’s most discerning travelers (a record-setting number) produced a final selection of the very best places in the world by participating in the annual Readers’ Choice survey.

Free Wi-Fi at many hotels

Plus FREE upgrade (based on availability)

Early Check-In/Late Check-Out (based on availability)