Travel + Leisure magazine has announced its 2013 World’s Best Awards, as voted by their readers who share their thoughts on which hotels, destinations, and companies represent the very best in travel. Four Seasons Hotels and Resorts received #1 rankings in six categories, and was also recognized as one of the Top 5 Hotel Brands worldwide.

Topping the best resorts in Australia, New Zealand, and the South Pacific list, as well as listed as the #5 in the entire world, is Four Seasons Resort Bora Bora. The property’s stunning overwater bungalows, beachfront villas and lagoon excursions allow guests to get up close and personal with local sea creatures, and four restaurants allow guests to enjoy a meal while taking in lagoon and mountain views.

Four Seasons Resort Hualalai at Historic Ka’upulehu is ranked #1 on the Travel + Leisure 2013 World’s Best Awards list of Top Resorts in Hawaii and #1 on the list of Top Hotel Spas in Hawaii. With its dramatic mix of white-sand beaches, dazzling oceanfront and black-lava landscapes, guests can relax by the beach or at one of the properties seven pools, including King’s Pond, a 1.8 million gallon (8.2 million litre) “aquarium” carved out of the natural lava rock with more than 3,000 tropical fish. The Hualalai Spa pays homage to Hawaiian traditions, offering healing apothecary treatments with local ingredients, including black lava salt and crushed macadamia nuts. Following a close second, Four Seasons Resort Maui at Wailea tops the list at #2 for the Top Resorts in Hawaii.

Four Seasons Hotel Mexico, D.F. is ranked #1 on the list of Top City Hotels, Mexico. The property occupies a refined oasis in the heart of Mexico’s capital – just steps from Chapultepec Park and the exclusive Polanco neighbourhood, the perfect place to begin exploring the city. 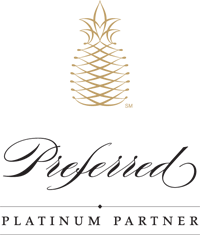